Back to market news
U.S. President Donald Trump, responding to a surge of illegal immigrants across the southern border, vowed on Thursday to impose a tariff on all goods coming from Mexico, starting at 5% and ratcheting much higher until the flow of people ceases.

Trump’s move dramatically escalates his battle to control a wave of tens of thousands of asylum seekers, including many Central American families fleeing poverty and violence, that has swelled alongside his promises to make it harder to get U.S. refuge and his efforts to build a wall on the Mexican border.

The announcement rattled investors who feared that worsening trade friction could hurt the global economy. The Mexican peso, U.S. stock index futures and Asian stock markets tumbled on the news, including the shares of Japanese automakers who ship cars from Mexico to the United States.

A border shutdown would disrupt tourism and commerce between the United States and its third-largest trade partner, which totaled $612 billion last year, according to the U.S. Census Bureau. 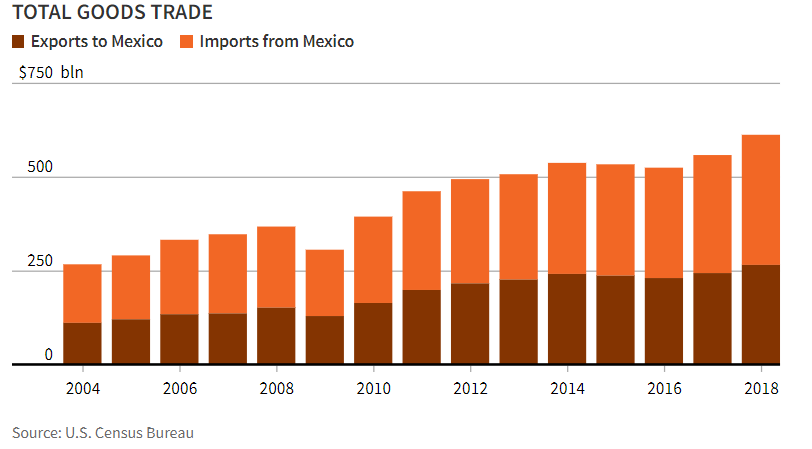 The denim maker Levi Strauss & Co (NYSE: LEVI) reported better-than-expected last quarter financial results. The company expects the net revenue will increase 24 to 25 percent in the first half of fiscal 2021. Save to invest, don’t save to save. The only reason to save money is to invest it- Grant Cardone. “Years of preparation and focus have positioned us as the Internet’s preeminent neighbourhood pet store and a leading pure-play e-commerce company in the pet space.” Chewy CEO, Sumit Singh said.